We are very excited and honored to have received several awards at the 2015 North American Beer Awards!

The awards were presented this past Friday. The following medals were awarded to our team of brewmasters for their great work:

Gold Medal - for Brewhouse Blonde® in the category of Kolsch.

Gold Medal - for Nit Wit® in the category of Belgian-Style Wit.

Silver Medal - for Barrel Aged Tatonka® Stout in the category of Barrel-Aged Beer.

Bronze Medal - for Barrel Aged Abbey Normal in the category of Barrel-Aged Beer.

We are very proud of our entire team! Seems like it's time to have a pint in celebration! 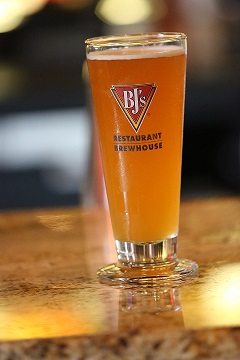 Next: Two Gold Medals for BJ's at the 2015 Great American Beer Festival!