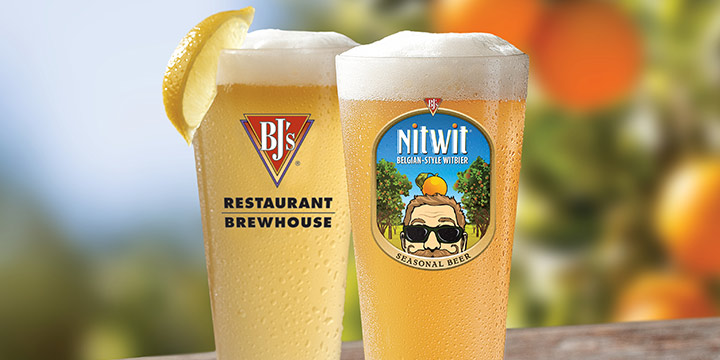 While many associate Wheat Beers with Germany, the Belgians put their own spin on a beer incorporating wheat over 400 years ago—Witbier! This now traditional ale of moderate gravity and strength gained its defining characteristics not only from the copious use of wheat and Pilsner malts, but also from the additions of bitter orange peel and coriander. These additions accentuate the fruity aromas and spicy refreshing profile generated by the traditional Belgian yeast strain used to ferment one of our most awarded seasonal beers: BJ’s Nit Wit®.

Let’s set the scene. Chandler, Arizona, 2003. A BJ’s assistant brewer named Melissa Phillips was given the go-ahead to develop a recipe for an all-new BJ’s beer. That first batch of Nit Wit was very good, and she worked with Head Brewer Derek “Doc” Osborne, to make a couple of minor recipe adjustments. The following year, it won a Gold Medal at the Great American Beer Festival 2004 in the Belgian Wheat Beer style.

That was just the first of many awards for BJ’s Nit Wit, now one of our most-awarded beers in competition. Other awards include Great American Beer Festival Gold Medals in both 2004 and 2007, a Bronze in 2005, and a World Beer Cup Silver in 2006! Pretty remarkable!

It’s no wonder we’ve revisited this popular seasonal beer many times. And while this refreshing beer is great to enjoy all by itself, it also pairs well with our Crispy Calamari appetizer, the EnLIGHTened Asian Chopped Salad and our Italiano Vegetable Penne pasta.

The name Nit Wit? Well, legend has it that Melissa named the beer after her boss, Derek! And after that first medal, the two later became husband and wife and have gone on to win many more awards in their brewing careers!