BJ’s Brewing Team and many American craft brewers are inspired by the creativity, variety and flavor intensity of Belgian beers. We brew beers big and complex in flavor, but in many ways the flavor profiles of American-style craft beers and

traditional Belgian ales couldn’t be more different.  American brewers are inclined to brew with copious amounts of American-grown hops to contribute a citrusy or piney aroma characteristic and a pronounced bitter finish.  In contrast, Belgian-style beers are generally mild in hop aroma and bitterness.  Belgian brewers tend to rely more on fermentation-derived flavors that contribute all kinds of fruity and spicy notes.

In the Flanders region of Belgium many beers are also characterized by a refreshing sourness that comes from an extended fermentation and maturation of the beer in oak vats.  Bavik is a brewery that represents this Flemish brewing tradition at its very best. Established in 1894, Bavik is still a family run brewery four generations later.

I’ve always been a huge fan of their beers, especially the very sour Petrus Aged Pale, which is one of my favorite beers in the world.  That is why I reached out to Bavik about brewing a collaboration beer. Camaraderie Ale represents the first collaboration beer ever brewed from and between the brewing team at Bavik and the BJ’s Brewing Team. 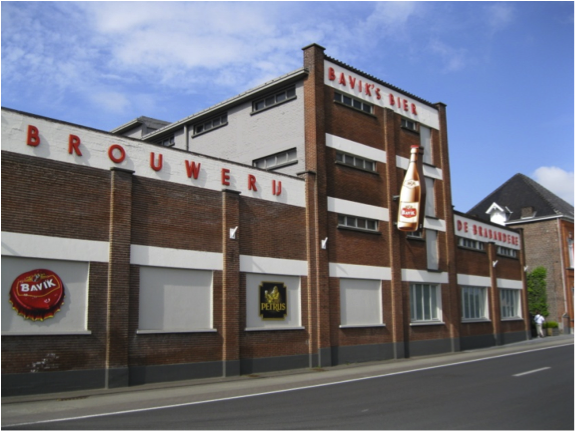 While the brewing of Camaraderie began in Belgium at the Bavik brewery in May 2011, the planning started nearly a year before.  The common goal was to create a unique blend of Belgian and American classic beer styles.  The BJ’s Brewing Team was envious of Bavik’s expertise in traditional Flemish sour beers and classic Belgian styles, like Tripel.  Bavik’s brewers had never brewed with American hops and were eager to do so.  It didn’t take long before both brewing teams saw eye to eye on the formula for this collaboration.  BJ’s Brewing Team selected the American hop varieties and designed the hop recipe.  Bavik’s brewers contributed the base beer.  When it came time to brew the beer, I made a trip to Belgium to oversee the hopping of the beer.  The hops were exclusively American – Amarillo and Cascade. Bavik’s Brewmaster, Yves Benoit, was somewhat concerned about brewing with American hops, which are very different from the milder European hops known as noble hops.  But what concerned Yves the most was the sheer volume of hops that the BJ’s Brewing Team planned to add to the beer.  To ease his concerns, Yves ran some test fermentations in the lab the week before to make sure their yeast didn’t get stressed by the hop acids.  Still, Bavik’s brewers watched in disbelief as I added in more and more hops to the brewkettle. 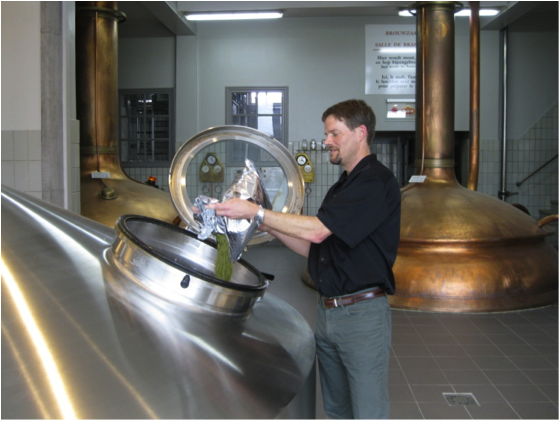 I could tell that the Bavik brewers were skeptical that the beer would be drinkable. But once the beer was fermented and dry hopped, what they tasted in the tank started to get them excited about the final product. Yves started sending me regular reports about how good it was while it matured in the tank. 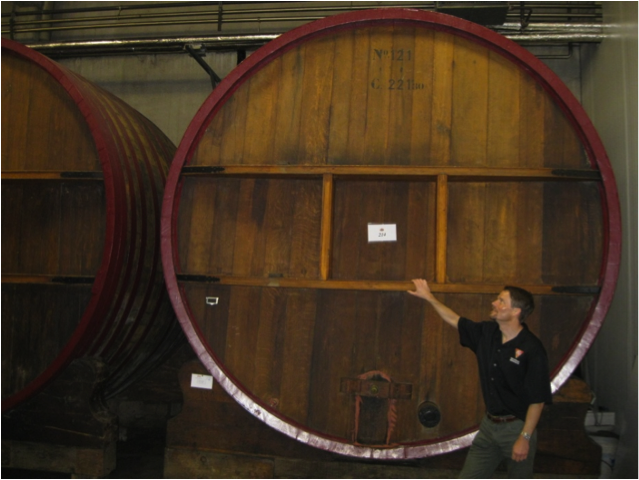 Another thing that makes Camaraderie really special is Bavik’s other contribution – blending it with their renowned sour pale beer, aged for over 2 years in their giant oak barrels. This gives the beer even more depth of flavor and a refreshing tartness in the finish.  After blending, half of the batch was kegged and shipped last summer to BJ’s Restaurants and Brewhouses across the country.  The rest of the batch was bottled and held at the brewery for several months of conditioning. You’ll find Camaraderie in bottles, at most BJ’s Restaurants and Brewhouses, while supplies last. I hope you agree that the end result of this Belgian-American collaboration is a unique and exceptional beer. 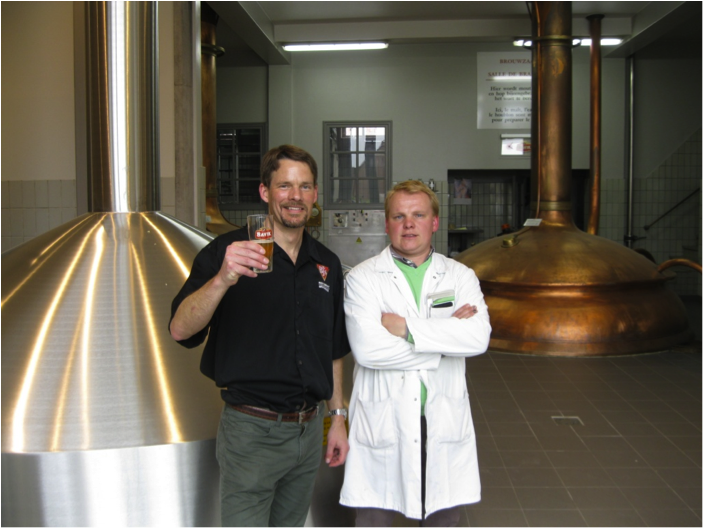 Looking back, I think there were 3 key elements to the success of our first collaboration beer: passion, respect and Camaraderie.  Both brewing teams shared a passion for designing and brewing great beer, as well as a mutual respect for each other’s brewing expertise. And the Camaraderie between the brewers made this beer as much fun to create as it is to drink.

Prev: Beer Logistics – Getting it to the Glass!