We can't celebrate American Craft Beer Week without featuring an IPA; our HopStorm® IPA. We created this beer while brewing for BJ’s in Portland, OR. It took me a few tweeks and tries, but I finally got something I believed would be a truly great India Pale Ale.

A lot of people don’t actually know the origin of the India Pale Ale Style. When British sailors were making their way to India around the Cape of Good Hope, they found that by the time they reached India that the beer had gone bad. In order for the beer to make the entire journey to be enjoyed in India, the beer required more preservatives to be added. The natural preservative qualities hops along with more alcohol content helped the beer go the distance. When the sailors would return to the United Kingdom, they found themselves craving that very hoppy beer that they associated with India; and thus India Pale Ale (IPA) became a prized style of beer.

Now, many IPAs are extremely hoppy, some so hoppy to the point that they are harsh. We didn’t want that. We wanted a balanced IPA, and that is what HopStorm® IPA is. HopStorm is a very balanced IPA with enough malt to stand up to the hops while still being a hoppy beer without argument.

We find that when enjoying HopStorm with food, the hop flavor and bitterness really enhances spicy foods. HopStorm pairs beautifully with dishes like our New Orleans Jambalaya and our Cajun Chicken Pasta. Of course, you can always enjoy a pint of HopStorm IPA all by itself and be perfectly. 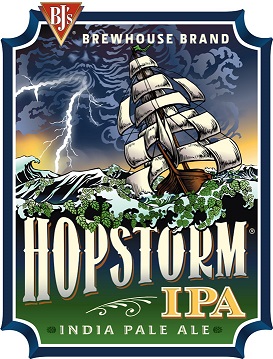