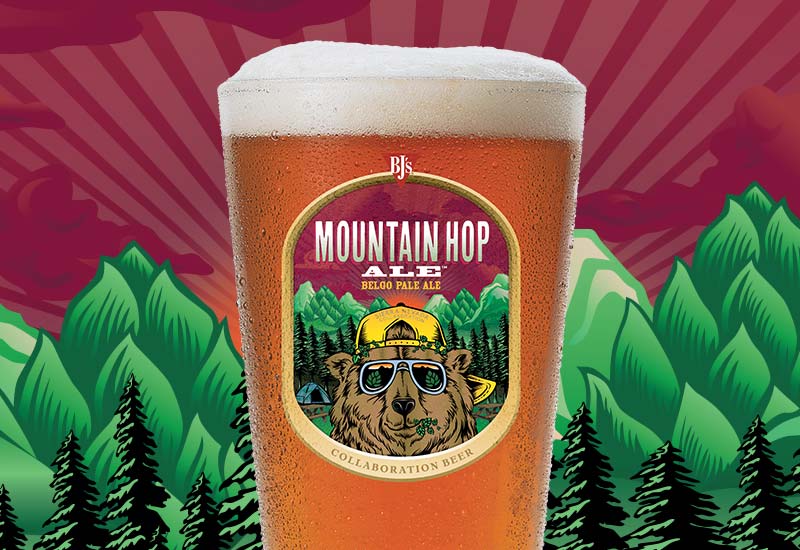 For this year’s annual collaboration, the BJ's Brewing Team had the opportunity to work with one of the pioneers in craft beer, Sierra Nevada. When I was first told about this possibility, I was excited to say the least. After my boss Alex Puchner reached out to his friends at Sierra Nevada about a collaboration beer, they were a little hesitant due to their innovation team’s busy schedule formulating their own new beers.

While we were waiting and hoping for a thumbs up, it just so happened I was on a work trip to northern California and the airline lost my bags. My business meeting got pushed to the next day, which gave me the perfect opportunity to visit the nearby Sierra Nevada brewery in Chico. Great news for me as I was able to tour their state-of-the-art pilot brewery and meet a fellow R&D brewer, Isaiah Mangold. He and I really bonded over brewing practices. Soon after, we heard from Sierra Nevada that the collaboration beer was a go. You might say the airline losing my bags was a serendipitous event!

The first discussions of recipe development were a bit intimidating. Sierra Nevada has brewed pretty much everything under the sun. What could we bring to the table? I mentioned a new type of beer I was working on that used rose hips and our proprietary Belgian yeast strain. A recipe was under way, combining my initial idea with some color modifications suggested by Isaiah. With their extensive hop knowledge, Sierra Nevada built the hop schedule to complement the floral rose hips. And, the Belgo-American IPA we named Mountain Hop AleTM was born! The flavor profile explodes with floral hop aromas that blend harmoniously with a fruity and spicy yeast effervescence. Rose hips tie everything together in the finish which refreshes the palate with a dry drinkability. I hope everyone is able to enjoy this complex ale as much as I do. Prost!


Prev: Have you checked out Beer Guys Radio?

Next: Our Award-Winning Oktoberfest Is All About How It’s Brewed!