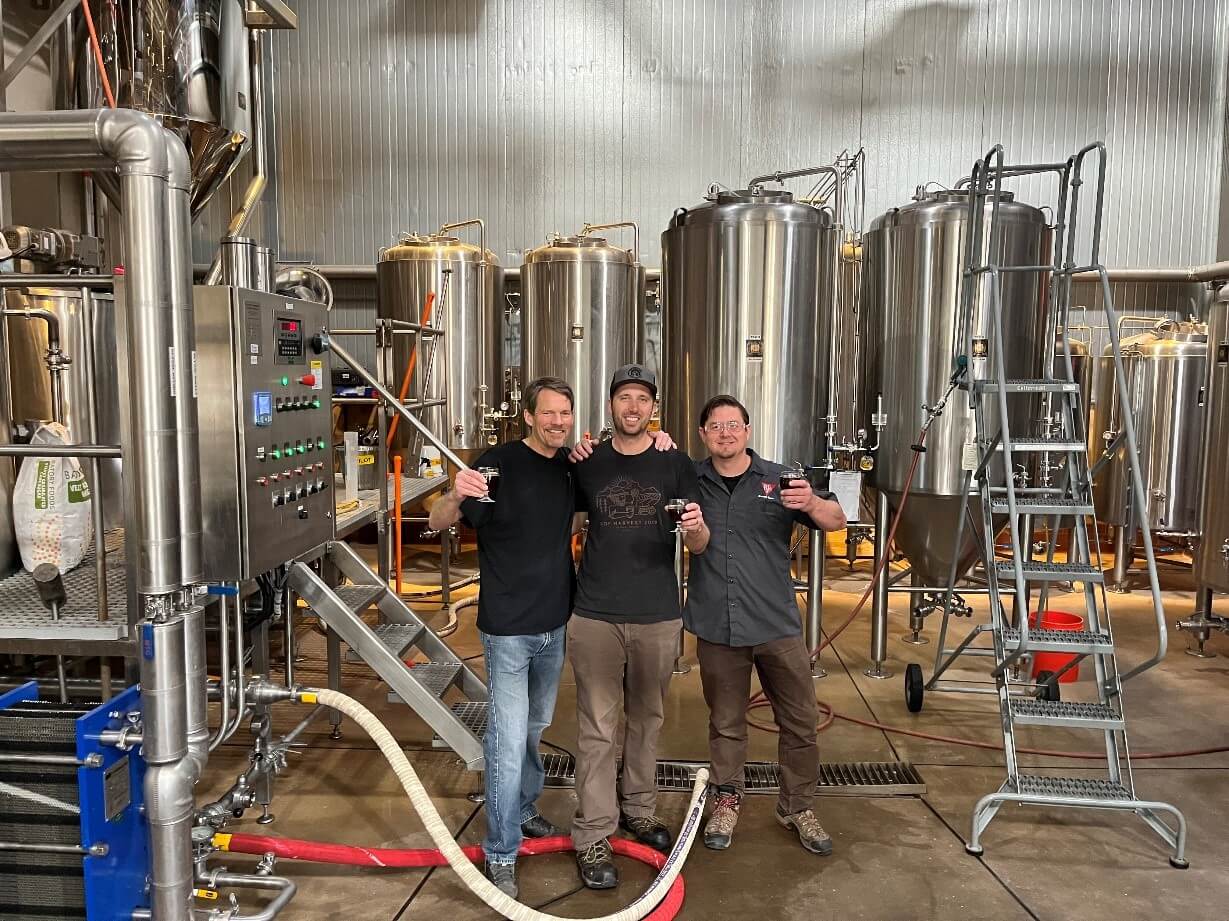 In 2011, the BJ’s brewing team started an annual tradition of brewing a collaboration beer, teaming up with a pioneering American craft brewer or historic European brewer. The whole process is fun—from brainstorming over what to brew together to enjoying the fruits of our labor. The goal each time is to create a distinctive new beer that combines some of the style and flavor elements that both breweries are known for.
This year, we were thrilled to have the opportunity to collaborate with New Belgium Brewing Co., one of the first brewers of Belgian-style beers in America. New Belgium is famous for its sour beers and other Belgian styles, including many sour fruit beers. BJ’s also has a reputation for brewing award-winning Belgian-style beers, and beers that use unusual brewing ingredients. So it should come as no surprise that BJ’s R&D Director Aaron Stueck and New Belgium Brewing Innovations Manager Ross Koenigs quickly decided to collaborate on a sour beer with yuzu and dragon fruit. Why not?
Developing the recipe wasn’t so easy. The first few test batches were too sour even for a sour beer lover like me. We decided to go for something friendlier that all beer drinkers can enjoy. The result: a refreshingly tart and sessionable fruit beer that you’ll want to drink by the pitcher on a hot summer afternoon.
Here we are after we perfected the recipe with test batch #3. Third time’s a charm. Cheers!